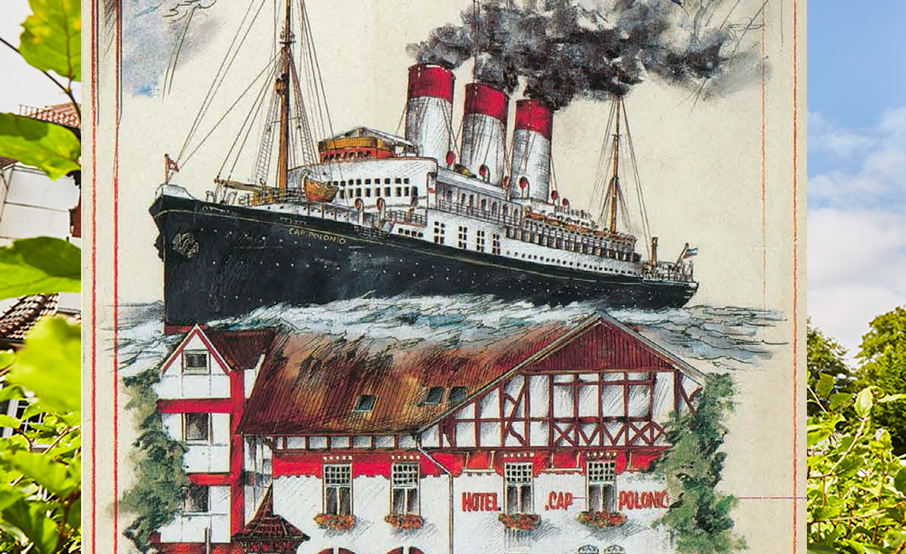 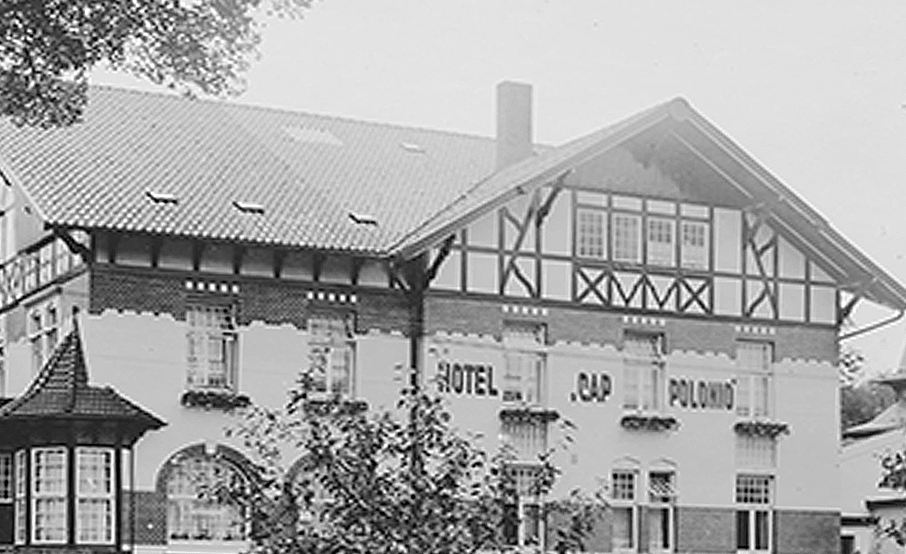 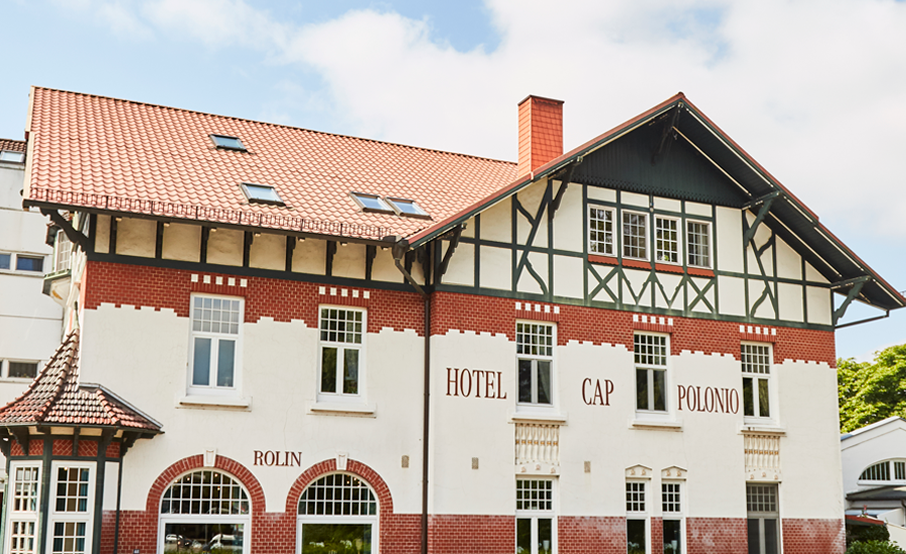 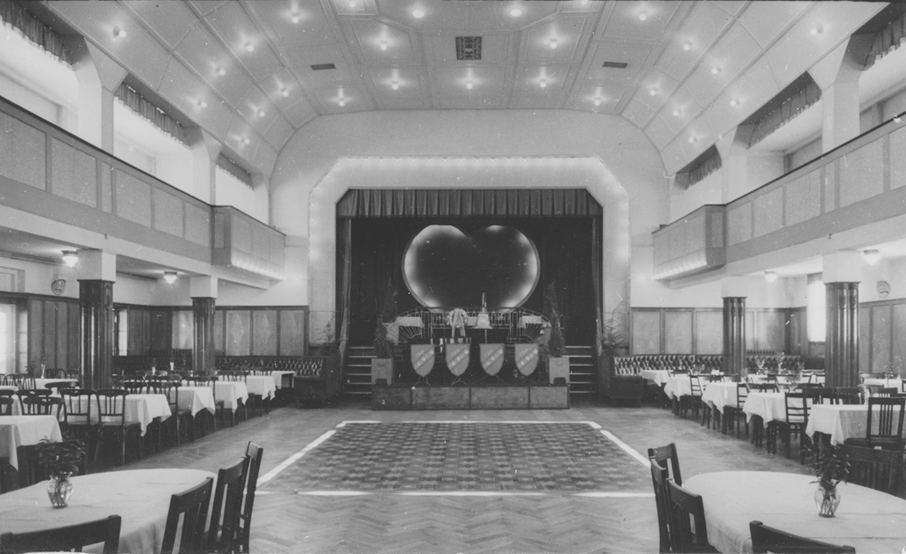 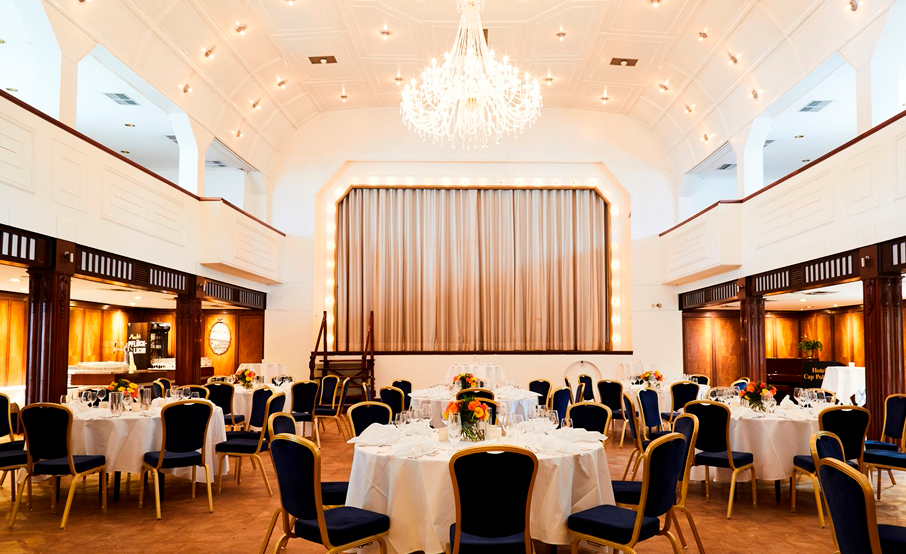 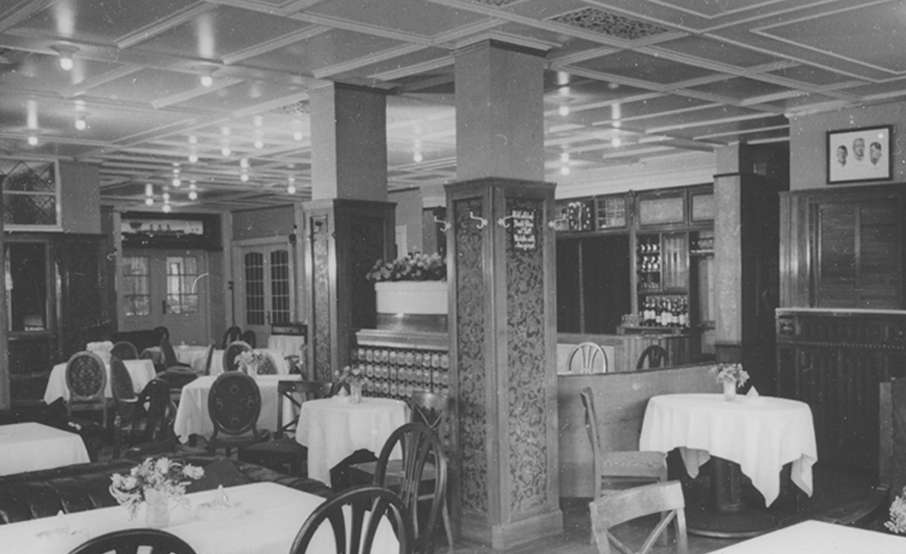 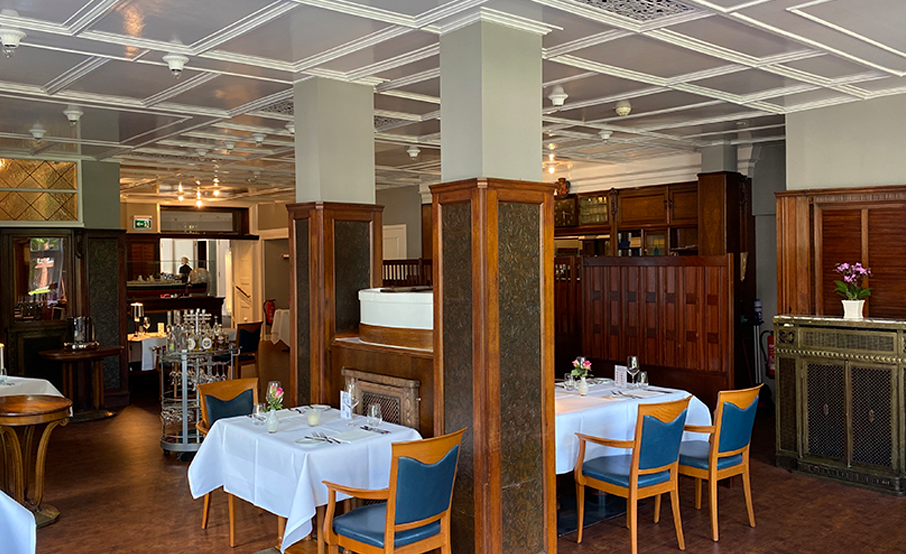 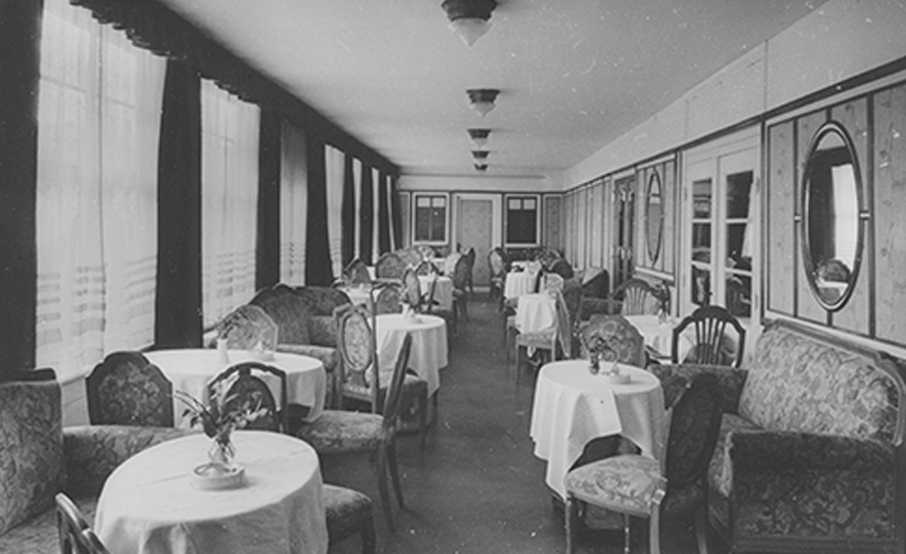 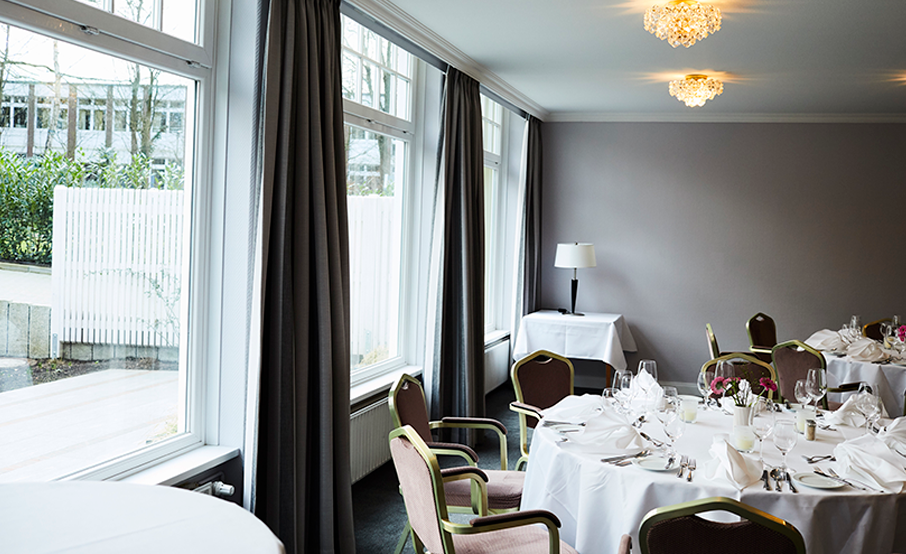 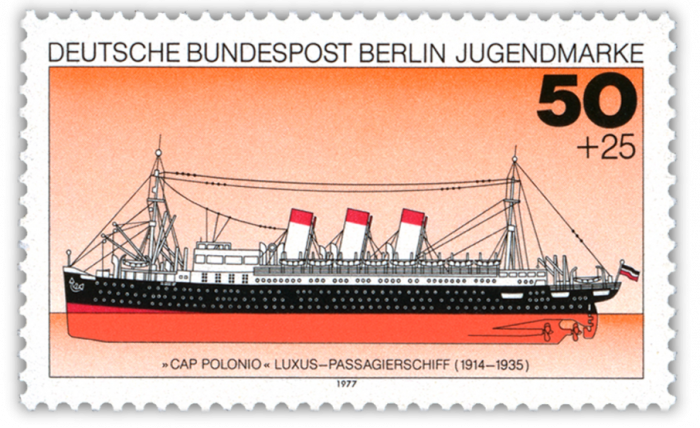 Why a luxury steamer dropped anchor in Pinneberg

“Crazy people are moving in!” One was certain, back in 1935 in Pinneberg, at the birth of the Cap Polonio Hotel and Restaurant. It could only be the mentally misguided who had parts of the furnishings of the luxury liner once built for the Hamburg-South American Steamship Company transported 65 kilometres from Pinneberg harbour and installed in the building of what was then the Hotel Stadt Hamburg. But there was a method to the supposed madness and the crazy idea has become an institution that is known and loved far beyond Pinneberg. What the three-screw fast steamer with a length of more than 200 metres and a speed of 19 knots was granted at sea for only 13 years, has now lasted on land for more than 75 years. The Hotel Cap Polonio, with the much-lauded furnishings of the Cap Polonio’s first-class dining room, conveys the splendid atmosphere of the golden twenties.

Why the “Cap Polonio” finally dropped anchor in Pinneberg is an exciting story. Conceived as the flagship of Hamburg-Süd in service to La Plata, she was for years the largest ship in the merchant fleet based in the Port of Hamburg and was praised as the most modern and beautiful ship in South America service anywhere.

The not quite so magnificent older ones were called “Cap Finisterre” and “Cap Trafalgar”. On 25 March 1914, the “Cap Polonio” was launched by Blohm+Voss in Hamburg.

But the classic beauty soon became a victim of the world economic crisis. She was not even granted a decent maiden voyage. There was a war on and the floating palace was seized by the Imperial Navy. All luxury was removed. Instead of serving for pleasure, the ship, disgraced under the false name “Vineta” and armed with four 15-centimetre and four 8.8-centimetre guns, had to operate as an auxiliary cruiser against the enemy during the First World War. The steamer was not up to this task. By order of the Reichstag, the “Cap Polonio” was sent back to Blohm+Voss for a beauty treatment, and Cinderella became the pretty queen again in 1916.

Finally, on 16 February 1922, the ship left the port of Hamburg for the first time under the command of Captain Ernst Rolin on a triumphal voyage bound for South America. Onlookers lined up in rows of four in front of the shipping company’s agency in Buenos Aires to get tickets for a tour of the fast steamer. The visit was worthwhile. The winter garden with zones for smokers and non-smokers was considered a sight to see. The ship’s own nursery with greenhouses on the boat deck supplied the flowers for decoration and sale to travellers. The covered swimming pool between the first and second funnels was generous in size.

By 1926, the renowned steamer had carried 52,000 passengers and earned a net profit of 2.1 million marks. After eight years of service, however, it had to make way for the one knot faster “Cap Arkona” in 1927.

It served for a short time as a trade fair ship, made a few pleasure trips to Scandinavia and finally set off on its last voyage to the scrapping yard in Bremerhaven in the summer of 1935.

At this point, the third and most enduring phase of the “Cap Polonio’s” life began: Her sophisticated chic became a legend. Even today, picture postcards of the elegant luxury liner circulate in collectors’ circles and at flea markets. In 1977, the German Federal Post Office issued a stamp showing the impressive hull of the ship. Otto Olbers, a hotelier from Pinneberg and for years the chief engineer on the “Cap Polonio”, set up a monument to the floating beauty of the world’s oceans on land. He bought the inventory of the first-class dining room at auction, used it to expand his accommodation business and henceforth called it “Cap Polonio”.

Olbers and his wife Christine established the tradition of a noble hotel that is and will remain a family business to this day. The house, which reveals a unique cultural heritage of German maritime history, was a matter of the heart for him, as it was for his descendants. It took a whole year for the valuable rosewood wall panelling, leather wallpaper, brass lamps and radiator panelling as well as furniture shipped across the Elbe and Pinnau rivers to reach their final destination. The ship’s bell and one of the luxury cabins of the “Cap Polonio” can also be admired in the Maritime Museum in Bremerhaven.

Hildegard and Hermann Harder were the second generation to run the house – since 1986, the third generation has been Ute Harder-Lobe, Michael and Marlies Ostermann (née Harder), Roland and Heike Harder and Kay and Kristiane Wulf (née Harder) – in 2004, Marc M. Ostermann took over the kitchen management and Philipp Harder-Lobe the reception area.

Why you will love the Hotel Cap Polonio

WiFi is available in all areas and is free of charge.

The ROLIN restaurant awaits you with regional cuisine and Mediterranean accents. Deck 48 is a bar and bistro at the same time.

Wellness in the surroundings